And in India, introducing

"An armour dress in grey which was completely constructed of scrape nuts, bolts and screws, received a thunderous round of applause from the audience who were awestruck by Anand’s creativity." 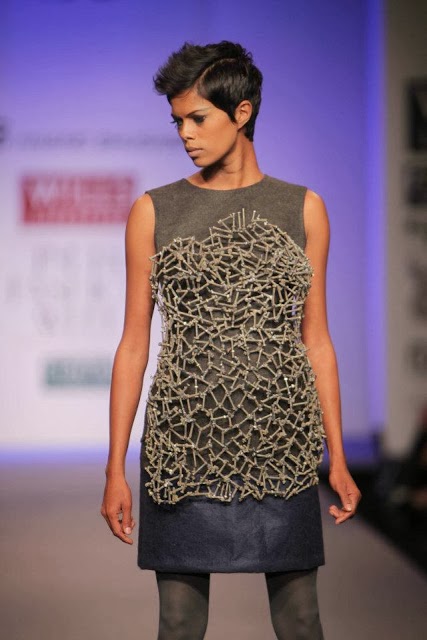 Now you know I love fasteners but would I have been awestruck by this dress?

But I'm obsessed with this stuff. What I want to know is: who are the other people applauding? Am I to believe everyone in India is like me - fanatical for fasteners?!

And would I wear that dress?

The photo and the information came from a 2012 post from an Indian Fashion Blog called Purushu Arie so I googled Amamd to see what he has designed since 2012. It seems he is now working with LEGOS. 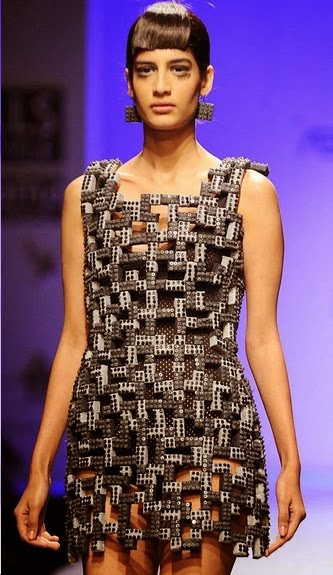 Found the photo from VOGUE INDIA.
(That's right, the screw dress designer is a bigwig.)
Posted by Freeway Fasteners No comments:

Nuts and Bolts in the Holy Land

Meet Yoma Segev. Unlike the other sculptors we've presented, this one doesn't use fasteners exclusively but all sorts of materials that are considered trash. And lots of fasteners show up! We think his work is fun and whimsical, and we like it.

All of the following information and photos we found on blog called PazzaPazza. The writer of the blog wrote the following about Yoma, "It seems to me, that Yoma does not care if anyone likes what he does, if he can sell it, where to exhibit it, what will be its purpose - he just creates, obsessively, soulfully and wholeheartedly. " 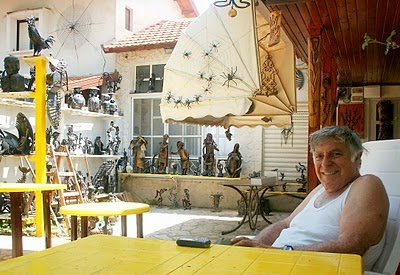 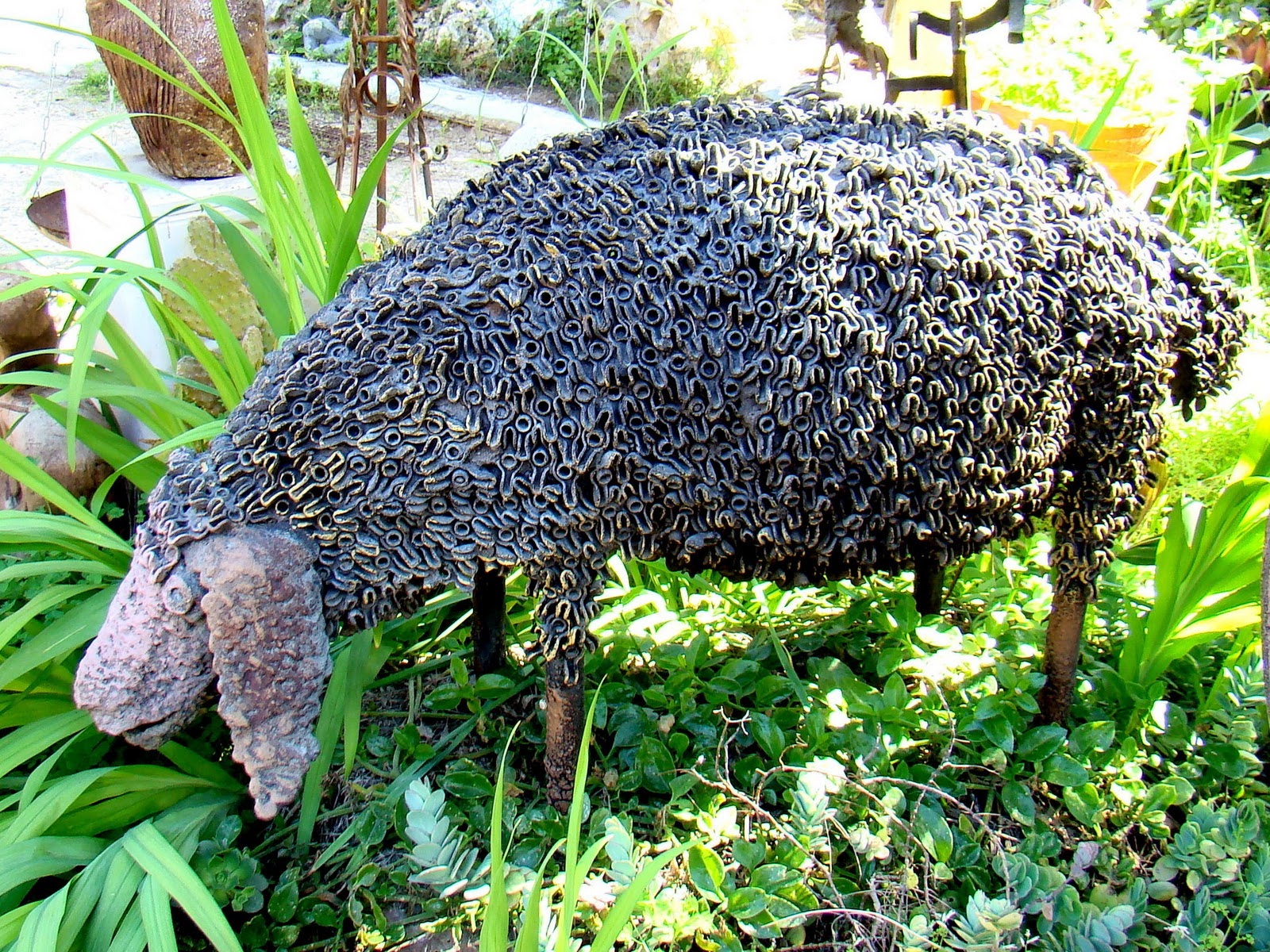 This sheep is made of WING NUTS! 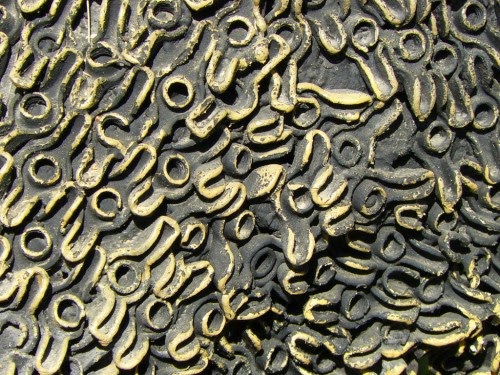 My eyes had trouble seeing them at first glance. 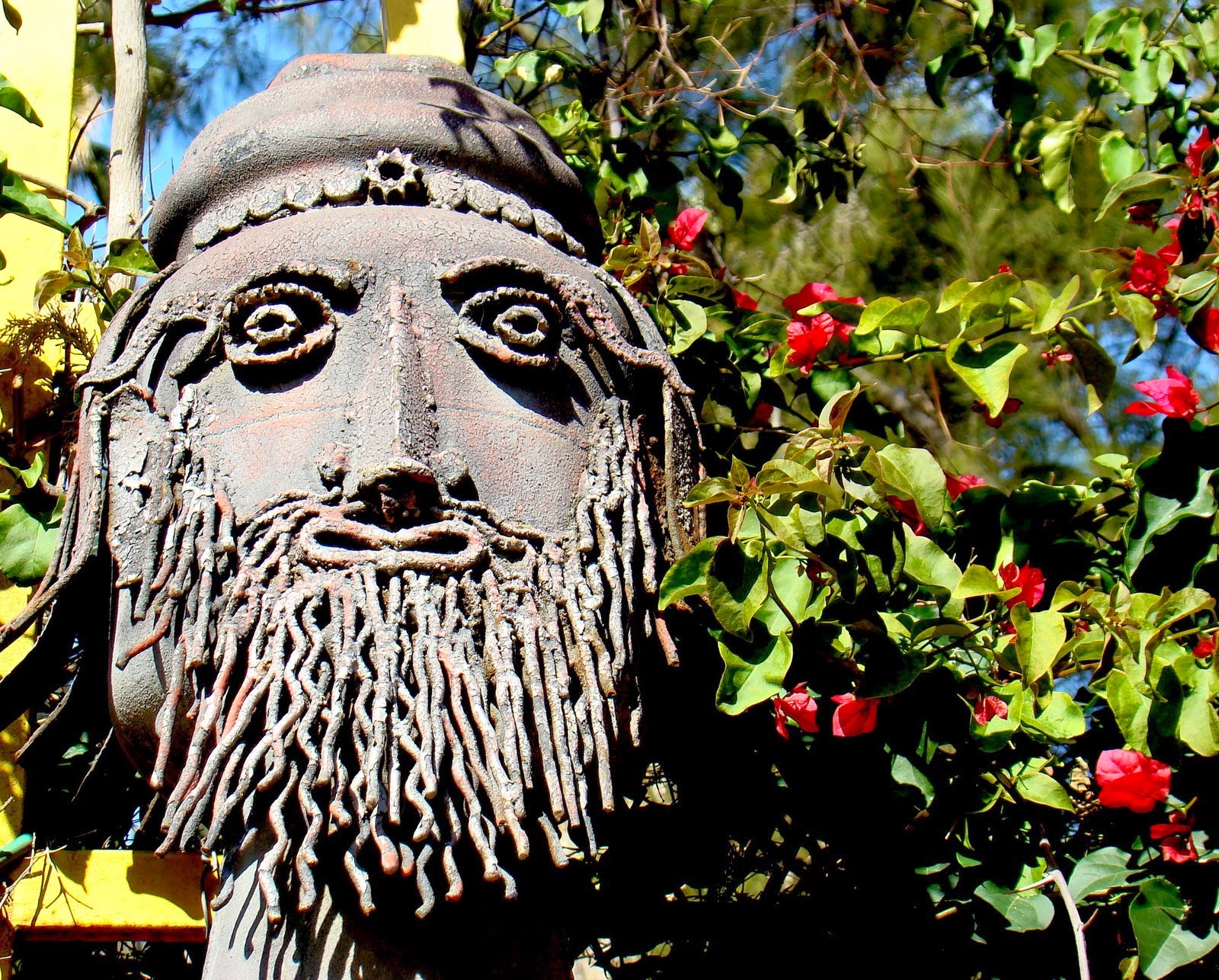 There's a keps nut right on his forehead. 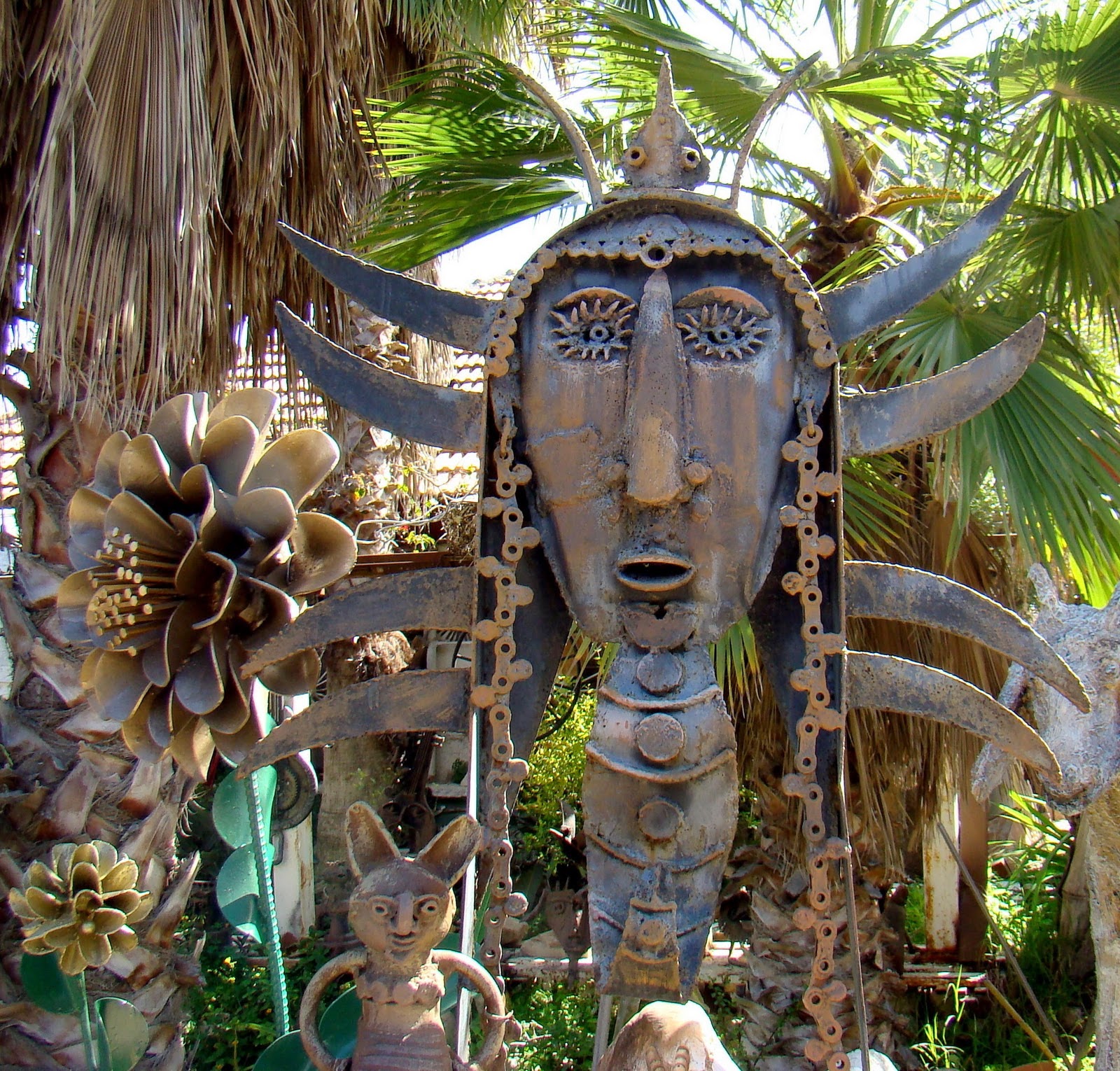 Lots of nuts in this one. 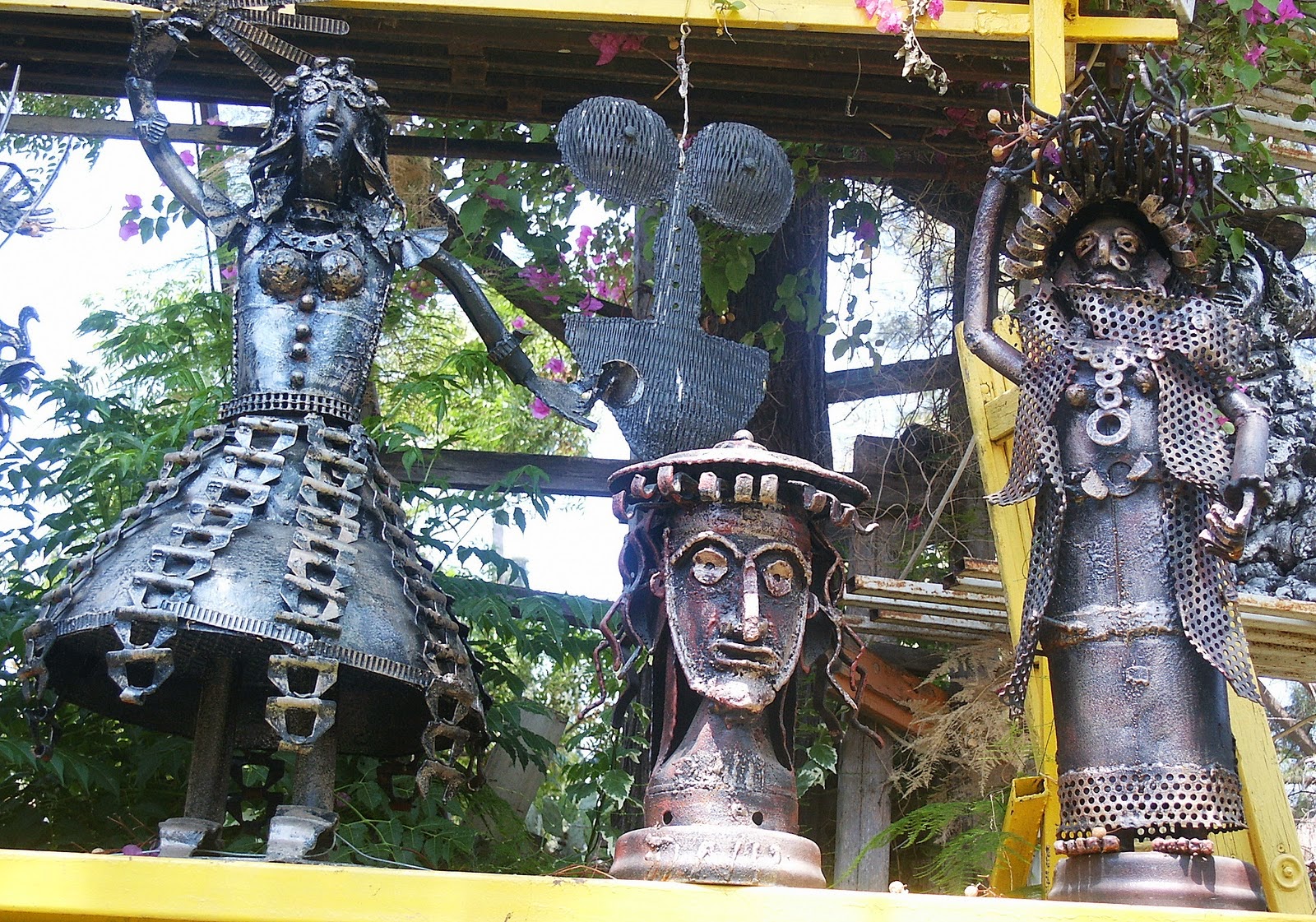 For more information on him, do a google search. He's pretty popular.

From Spain to South Korea!

Park Chan-girl received his BFA in Sculpture from Chungnam National University and his MFA in Fine Arts from KyungHee University...and that's basically all I know about him. Other than he does amazing stuff with our precious commodity. 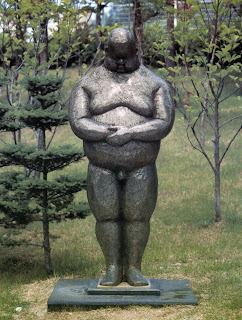 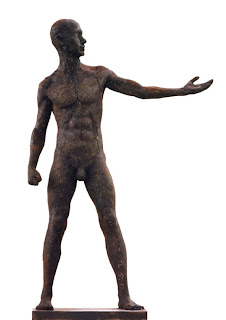 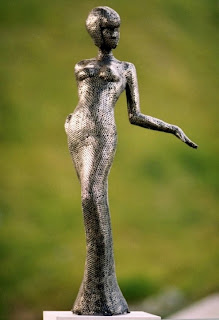 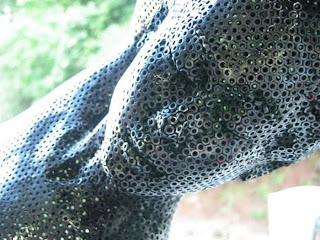 I love seeing these close up. 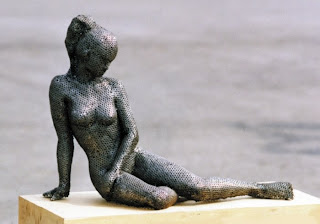 For more info check out his BLOG or his FACEBOOK.

This month, we're going around the world. And the best place to start, in my opinion, is Spain ¡Vamos!

Meet Artist Manuel Marti Mareno from Valencia, Spain - he makes sculptures out of different sizes of hex nuts. (He does other things too but I'm of course going to focus on the hex nut sculptures.) 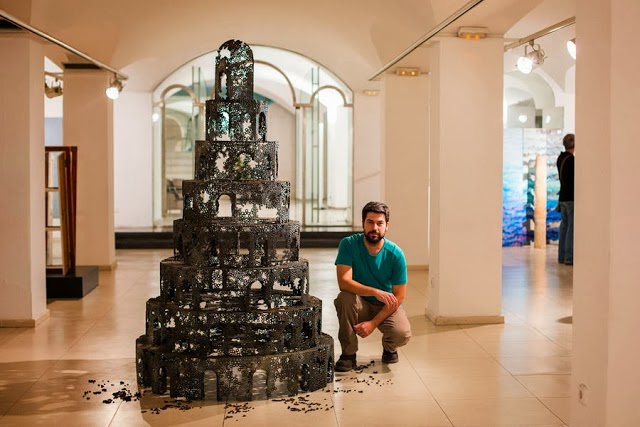 Close up you can see all the different sizes involved. 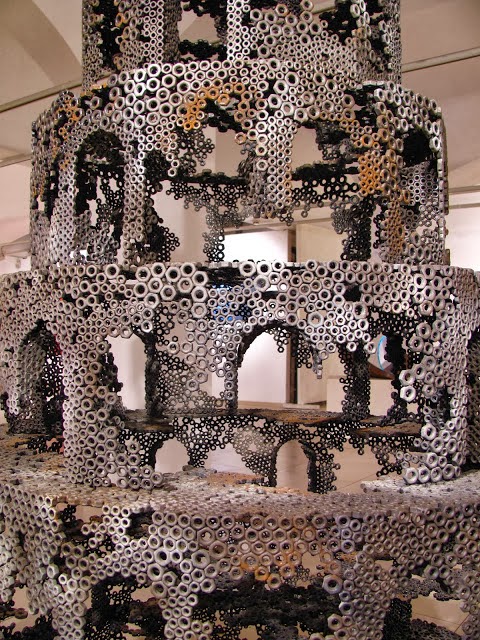 I think that is amazing but the faces are my favorite. They are way more emotional than you would expect from something made of metal. 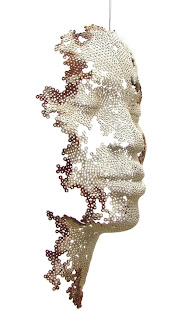 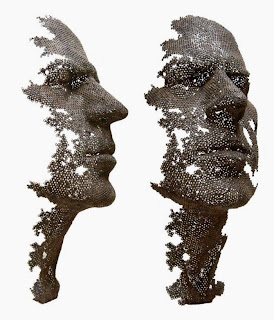 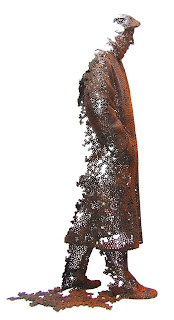 Here is an interview with the artist which is no good if you don't speak spanish but still watch it because you can see more of his work and also his process, which I thought was so cool.

And lastly, all of the info including the photos & video came from his blog - go there to see more.
And there is a lot more!
Posted by Freeway Fasteners No comments: