An Old Box from the Old Days 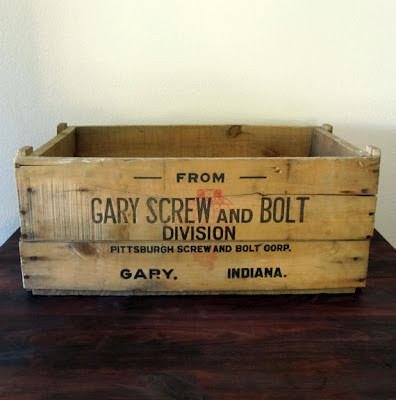 I mentioned the Gary Screw & Bolt Company in a previous post - THIS ONE - and today I found one of their old crates for sale on Etsy.  I know it's just an old crate but I kind of want it.  It's sort of a tribute to the fastener days of yore, and those ladies of lag bolts who handled things like we do.  But it's $48 - what?!
Posted by Freeway Fasteners No comments:

This past Saturday was July 14th - Bastille Day, the French version of the 4th of July - so we're asking:

How many nuts & bolts are in the Eiffel Tower? 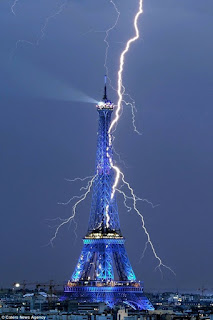 Take a guess and then click here for the answer.
(I think you'll be surprised.)

Summertime is in full swing!
Even on our trips to the beach we find our fastening friends.

A penny for your thoughts...

With the celebration of the 4th of July coming we thought we'd mention something to do with our country's history - so we chose the penny! And how does it link to fasteners? The metal! 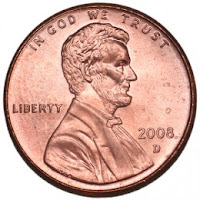 Because of the nature of our business we learn lots of things about the different properties of different metals, like zinc, copper & bronze, and the penny's history includes all of them.  The material composition of the penny has changed over the years and we're sharing it with you today; a highlight on a tiny aspect of our nation's history.

Following is a brief chronology of the metal composition of the cent coin - aka the penny - taken straight from the U.S. Mint Website:
Also there is a lot of debate over the penny - apparently it may not always be around because of how unprofitable it is to manufacture these days in part due to the material. The cost of making the pennies (1.26 cents each) is higher than face value, and the melt value of pennies ranges from more than 2.4 cents for the pre-1982 copper pennies, to nearly a full cent for the zinc pennies. But don't worry. The people over at pennies.org - Americans for Common Cents - is devoted to protecting it.  I wish them the best because of love seeing Honest Abe on my coins!