Fasteners are everywhere - even in our bodies, even mine. I am the proud host a two titanium headless screws...that's what my orthopedic surgeon called them, although I would call them set screws but 'headless' works.

To demonstrate this better, a friend of Freeway's just got a procedure done on his back and he sent us the X-Ray of what his insides look like - and he said we could show everyone. 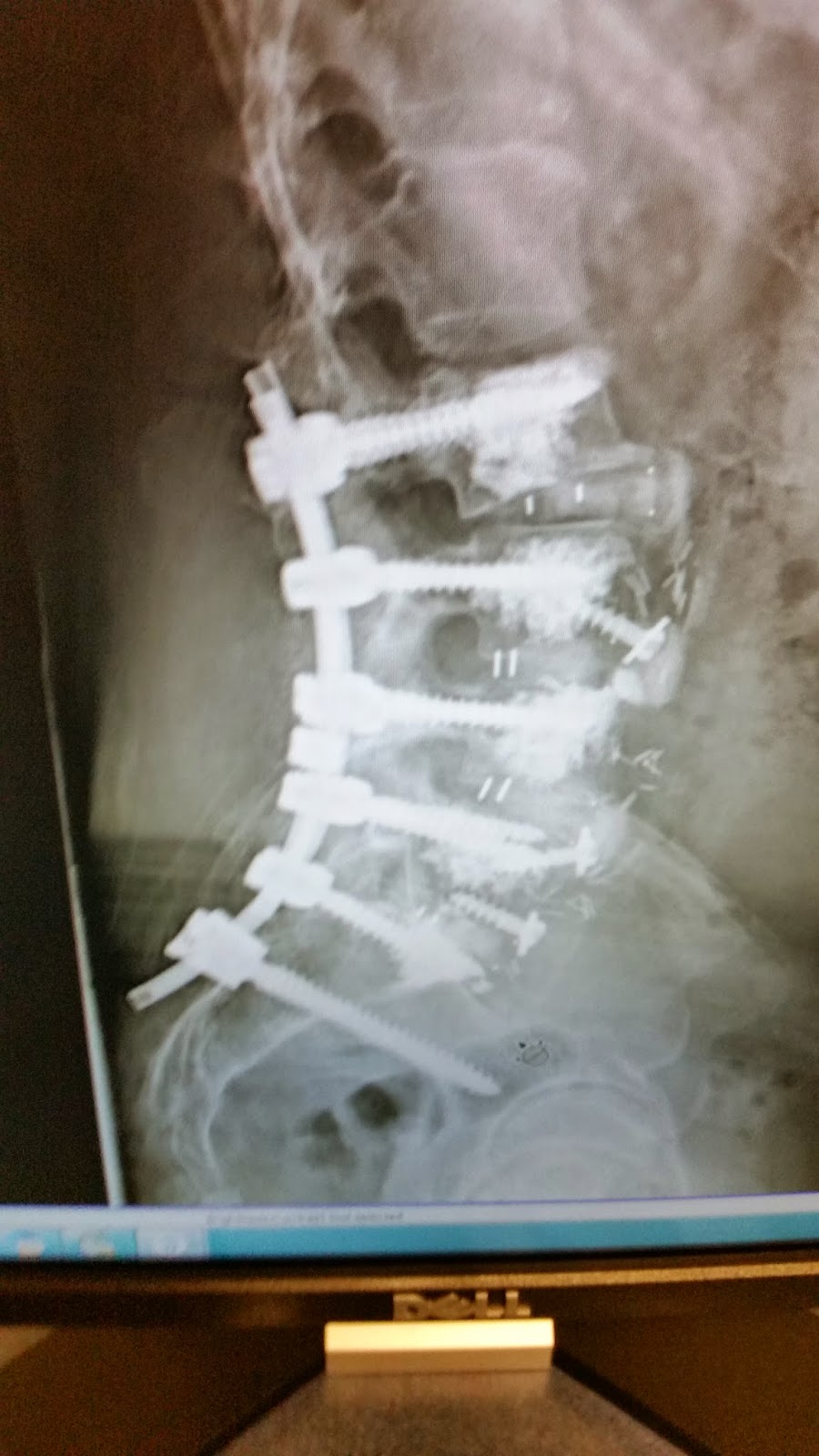 It's hard for me to believe that this is someone's actual back, and that this is NOT torture but an improvement!  I'm amazed.

So thanks to the 40 (yes, 40!) screws in his back (and of course the Doctors that put them there and the people who invented the idea), he feels better than before.
Posted by Freeway Fasteners