We didn't include Australia in our month of international fun so we're mention that fantastic island now.

Did you know there is a whole Wikipedia page dedicated to something called Australia's Big Things? It's true!

Here is the excerpt straight from the Wikipedia page to explain it:

"The big things of Australia are a loosely related set of large structures, some of which are novelty architecture and some are sculptures. There are estimated to be over 150 such objects around the country, the first being the Big Scotsman in Medindie, Adelaide, which was built in 1963. Every state in Australia has at least one of the big things.
Most big things began as tourist traps found along major roads between destinations.
The big things have become something of a cult phenomenon, and are sometimes used as an excuse for a road trip, where many or all big things are visited and used as a backdrop to a group photograph. Many of the big things are considered works of folk art and have been heritage-listed."

Here is a postcard from Australia depicting a few. There's a mango, a penguin, guitar, pineapple - of course a koala. 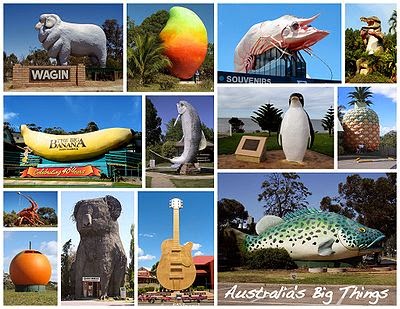 If you scroll down the wiki page a bit, through all the funny BIG things, you'll find this beauty. 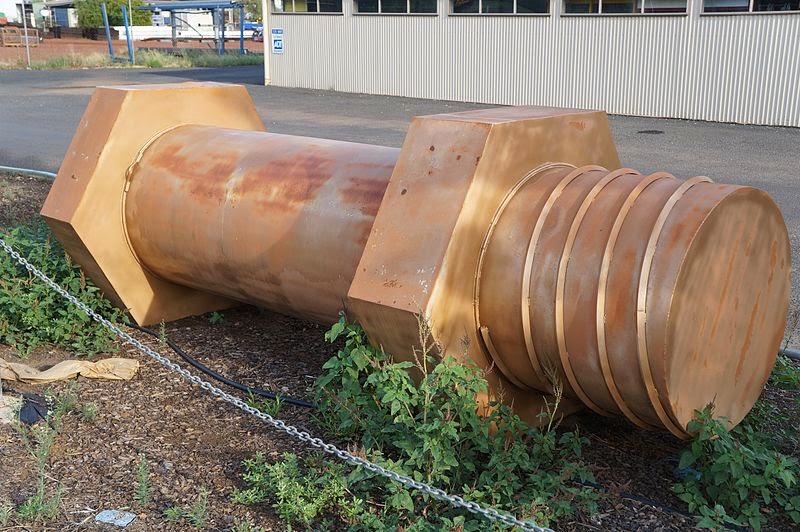 What fun!!! And guess where it exists...give up...in front of a fastener supplier of course (I'm so envious.)
Located in front of Banks Bolts and Fasteners at 177–183 Raglan Street
Roma, Queensland, AUSTRALIA

We've mentioned Australia before, it was big too, do you remember this post?

Email ThisBlogThis!Share to TwitterShare to FacebookShare to Pinterest
Labels: Australia