David Brill is a brilliant origamist (is that a word?)  He folds some of the most impressive origami - he even publishes the diagrams to show someone else how to fold and recreate his masterpieces. 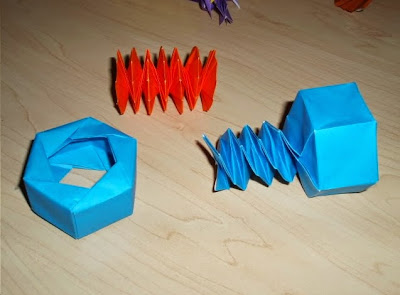 Why he chose a nut and bolt, we'll never know.

But I do know that folding the paper to look like the threads on a bolt is really impressive! I think the origami world was super impressed too because lots of people have recreated it - just do a Google Image search of "David Brill Origami Nut Bolt" and you'll see plenty of examples of people recreating them.

Click here to buy the David Brill book that the diagram comes in and try making your own!


It looks too hard and time consuming for me...I'm busy blogging!
Posted by Freeway Fasteners